News from the American Iron and Steel Institute - Steel Production

You can find the original article posted here. 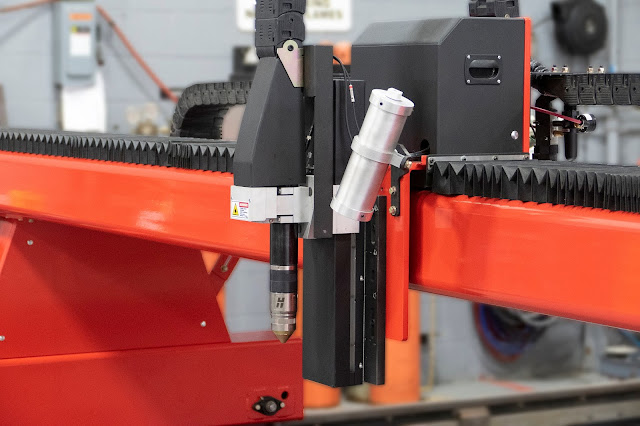 “Projects we have completed demonstrate what we know - future projects decide what we will learn.”
― Dr Mohsin Tiwana 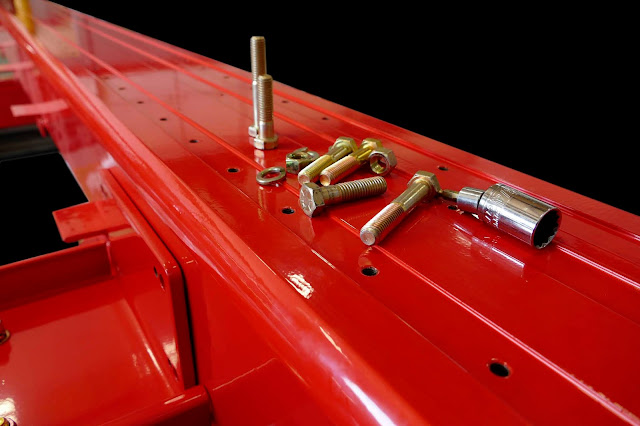 “[John] Kobak explained, 'The way you learn anything is that something fails, and you figure out how not to have it fail again.”
― Robert S. Arrighi 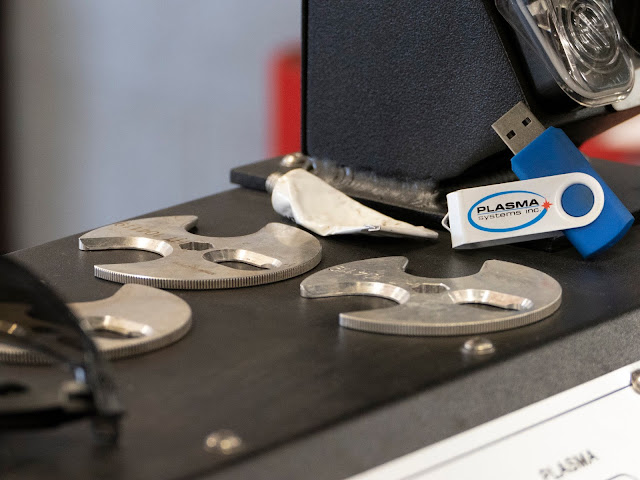 “At its heart engineering is about using science to find creative practical solutions. It’s a noble profession.”  - Queen Elizabeth II 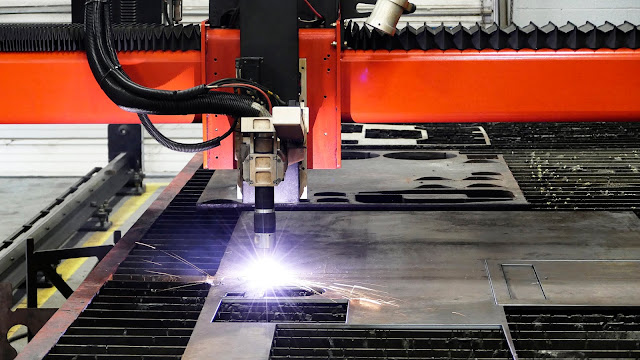 “Design is not how it looks like and feels like. Design is how it works” – Steve Jobs (Apple co-founder and former CEO)

Counterfeit Coolant in the market.

Recently, Hypertherm has received an increased number of reports of counterfeit coolant.
Utilization of the required coolant in Hypertherm plasma cutting system is essential in ensuring both the proper operation of the system as wellas achieving the advertised life of the components.

Use of any coolant that does not meet Hypertherm’s required specifications may result in poor consumable life, overheating of the torch, and damage to components such as pumps and
hoses. Using genuine coolant ensures the proper composition of the mixture. Hypertherm is unable to certify the compatibility of any coolant composition that isn’t made by Hypertherm and sold to a Hypertherm authorized distributor.

Though the dangers of long-term use of counterfeit coolant are unknown, recent reports show significant damage to copper components withthe build-up of a pink “goo” caking the parts (shown below). Other fake coolants may contain anything from water with pink dye to unknown harmful chemicals.

Many of the counterfeit coolant products are easy to identify. Other recently discovered counterfeit products, however, look nearly identical to the Hypertherm brand coolant to the everyday customer.
The best way to ensure receiving only genuine Hypertherm coolant is to only buy from an authorized Hypertherm distributor. Online suppliers and sellers with prices that seem too good to be true should be avoided.

To assist in identifying potential counterfeit Hypertherm coolant, we’ve provided an example of a recent evaluation of a bottle of counterfeit coolant and a guide of what to look for.

Recent reports show significant damage to copper components with the build-up of a pink “goo” caking the parts.

While the color of the labels in the example shown below look different, this could be primarily due to lighting conditions when the images were taken. 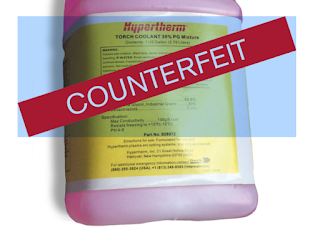 ]
How to identify counterfeit coolant

Examine the Hypertherm logo closely and look for misspellings, such as those shown below. 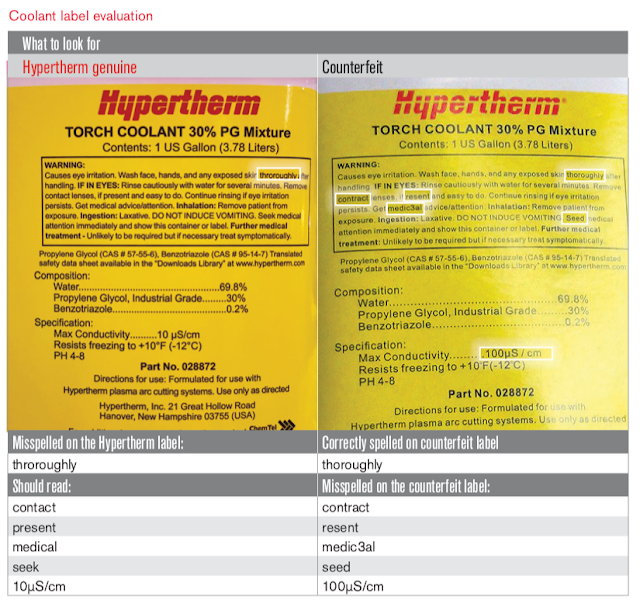